You've gone through the planning process. You've decided on VMware ESX as your platform, you've selected a supported server model and configuration, you've determined how you're going to handle the storage requirements, and you have an idea how you'll integrate everything into your existing network infrastructure. Now comes the time to install. To be honest, installing ESX is the easy part. Installing ESX can be done in a graphical mode or a text-based installation, which limits the intricacy of the screen configuration during the installation. The graphical mode is the more common of the two installation modes. The text mode is reserved for remote installation scenarios where the wide area network is not strong enough to support the graphical nature of the graphical installation mode. 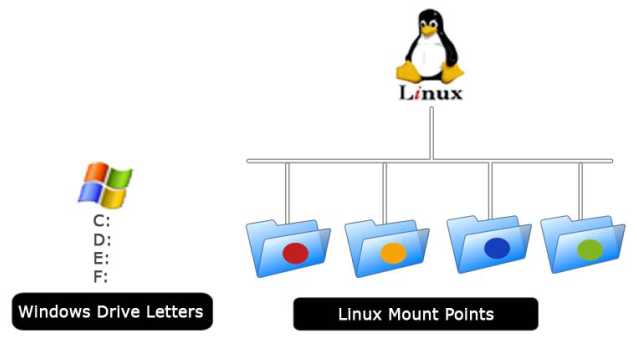 Unlike Windows, Linux (and by derivation, the ESX Service Console) doesn't use drive letters to correspond to partitions on the physical disks. Windows uses a multiroot file system, whereby each partition has its own root. Think of c: and D: -each drive letter represents its own partition, and each partition has its own "top-level" directory at the root of the drive. Linux, on the other hand, uses a single-root file system, where there is only one root. This root is denoted with a slash (I). All other partitions are grafted into this single namespace through mount points. A mount point is a directory (like /opt) that is associated with a partition on the physical disk. So, in a Linux environment, every directory starts at the same root. This creates paths like /usr/local/bin,

With a Windows-based server, what happens when the c: drive runs out of space? Bad things. We all know that bad things happen when the c: drive of a Windows computer runs out of space. So, Windows administrators create additional partitions (D:, E:) to prevent the c: drive from filling up. The same is true for VMware ESX. Of course, ESX, as noted earlier, doesn't use drive letters. Instead, everything hangs off the root (I) directory. Like Windows, if the root (I) partition runs out of space, bad things happen. So, to protect the root partition from filling up, Linux administrators create additional partitions, and they mount those partitions as directories under the root directory. Likewise, ESX administrators will create additional partitions to protect the root partition from filling up.

To protect the root partition from filling up-let's looks at the default partitions in VMware ESX:

As you can imagine, 5GB can be used rather quickly. Because resizing a partition after it has been created is difficult and error-prone, it's best to plan for future growth. To avoid this situation, you should plan for a root partition with plenty of space to grow. Many consultants often recommend that the root partition be given more than the default 5GB of space. It is not uncommon for virtualization architects to suggest root partition sizes of 20GB to 25GB. However, the most important factor is to choose a size that fits your comfort for growth and that fits into the storage available in your chosen server platform and configuration.

The swap partition, as the name suggests, is the location of the Service Console swap file. This partition defaults to 600MB. As a general rule, swap files are created with a size equal to at least two times the memory allocated to the operating system. The same holds true for VMware ESX.

The /var/log partition is where the Service Console creates log files during the normal course of operation. This partition is created with a default size of 2000MB, or 2GB of space. This is typically a safe value for this partition. However, I recommend that you make a change to this default configuration. VMware ESX uses the /var directory during patch management tasks. Because the default partition is /var/log, this means that the /var partition is still under the root partition. Therefore, space consumed in /var is space consumed in root. For this reason, I recommend that you change the mount point to /var instead of /var/log and that you increase the space to a larger value like 10GB or 15GB. This alteration provides ample space for patch management without jeopardizing the root partition and still providing a dedicated partition to store log data.

The vmkcore partition is the dump partition where VMware ESX writes information about a system halt. We are all familiar with the infamous Windows blue screen of death (BSOD) either from experience or from the multitude of jokes that arose from the ever-so-frequent occurrences. When ESX crashes, it, like Windows, writes detailed information about the system crash. This information is written to the vmkcore partition. Unlike Windows, an ESX server system crash results in a purple screen of death (PSOD) that many administrators have never seen. Like the boot partition, the vmkcore partition is hidden from the user during the installation process and cannot be modified or changed. It's included here for the sake of completeness.

The default partitions do not include the /opt partition. Like version 3.5 of VMware ESX, many additional components of vSphere install themselves into the /opt directory structure, including the vCenter Agent and the VMware HA Agent. I recommend creating an /opt partition with enough size to hold these components as well as any other third-party products that may need to be installed into the Service Console. Examples may include hardware management agents or backup agents. By creating an /opt partition and installing software into the /opt directory structure, you are further protecting the root partition from running out of space.

Installing for DVD or downloaded installer

You can either get a DVD from VMware or you can download ESX and ESXi installers from VMware site after you purchase or opt for a trial version. Checkout the step by step instructions in the VCP-410 labs and install ESX and ESXi on the servers.

Despite the ease with which ESX can be installed, it is still not preferable to perform manual, attended installations of a bulk number of servers. Nor is it preferable to perform manual, attended installation in environments that are rapidly deploying new ESX hosts. To support large numbers or rapid-deployment scenarios, ESX can be installed in an unattended fashion.

Unattended ESX installations help speed the installation process and help ensure consistency in the configuration of multiple servers, a key factor in helping to ensure stability and functionality in an ESX server farm.

• A DVD (install files only)