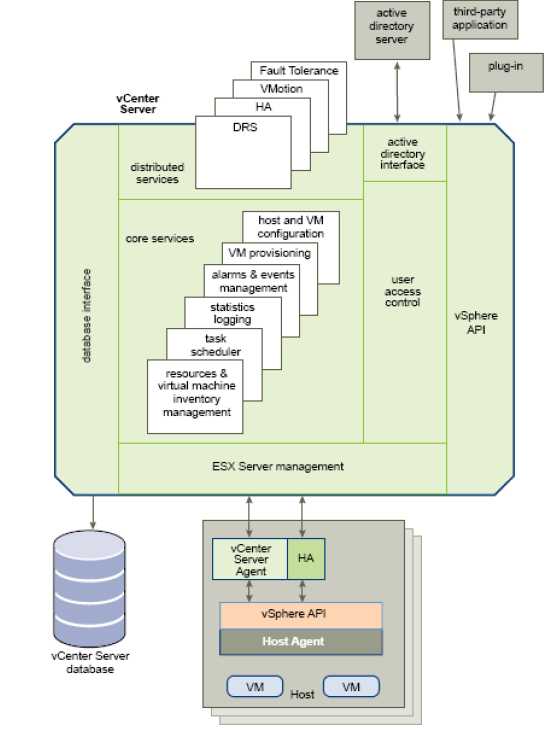 VMware vCenter Server provides a single point of control of the datacenter. It provides essential datacenter services such as access control, performance monitoring, and configuration.

The User Access Control component allows the system administrator to create and manage different levels of access to vCenter Server for different classes of users.

For example, a user class might manage and configure the physical virtualization server hardware in the datacenter. Another user class might only manage virtual resources within a particular resource pool in the virtual machine cluster.

Plug-ins are applications that can be installed on top of vCenter Server and that add additional features and functionality. vCenter Server Plug-ins include: