43 Explain the function of hardware and software security devices

Firewalls: They are used to protect the private network from unauthorized users on public network. Firewalls can be software or hardware based. Firewall i.e. hardware based has two network cards one that connects to the public network and other that connects to the private network. The packets that are coming from the outside/inside of the network are examined and in case there is a suspicious packet it is dropped.

They firewall that uses a dedicated hardware to run is called as network based firewall. They are basically hardware based.

An IDS is a dedicated hardware based device that inspects incoming packets looking for intrusion. An ID monitors packets for viruses, illegal attempts in the network and other attacks.

Host-based intrusion detection systems: these systems do not need any dedicated hardware they can be deployed on the host based systems. They do not require any specific hardware for deployment.

1) Host based intrusion prevention systems: It does not need is a dedicated hardware and they can be easily configured on a simple computer.

2) Network based intrusion prevention systems: It requires a dedicated hardware. They provide real-time security to the network. 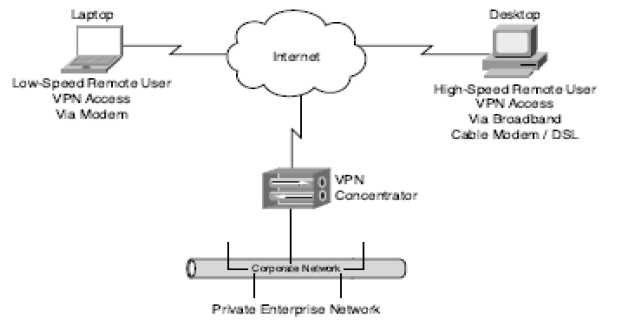 VPN concentrators provide various features such as high-performance, security and fault tolerance. They save a large amount of money by allowing larger number of clients to access to the company's network through their local ISP. Some of the characteristics that make VPN concentrators popular are as follows:

1) Ease with which they can be deployed

6) Ease with which they can be upgraded

The majority of VPN concentrators support the following tunneling protocol: