All forms of network media need to be physically attached to the networked devices in some way. Media connectors provide the interface between the cables and the devices to which they attach (similar to the way an electrical cord connects a television and an electrical outlet). This section explores the common connectors you are likely to encounter in your work and, perhaps more important, on the Network+ exam. 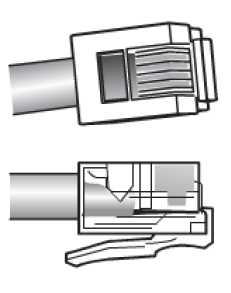 F-Type Connectors and RG-59/RG-6 Cables: The F type connectors are used for connecting coaxial cable (RG-59 and RG-6) to devices. These are most commonly used for connecting internet modems to cable or satellite internet provider equipment and for peripheral devices. These are screwed in by hand to ensure a firm contact between the cable and the device. The figure given below illustrates an F-Type Connector. 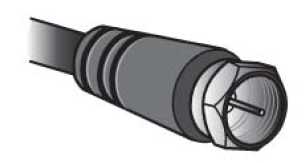 RS-232 Standard: The full form of this connector is Recommended Standard 232. It is a TIA/EIA standard for serial transmission. It helps connect computers and peripheral devices such as modems, mice, and keyboards. These were introduced in the sixties and are still prevalent today. The connector has been upgraded from time to time and the third version is being used today. This type has a limit of about 50 feet and transfer rate of about 20kbps. It uses a 25 pin or a 9 pin connector. The figures given below illustrate the connectors.

Fiber Connectors: There are multiple types of connectors that are associated with fiber optic cable. The figures given below illustrate different type of fiber connectors. The type of connector to be used is determined by the implementation.

IEEE 1394: This is also known as FireWire and is used for connecting peripheral devices to the network. It also allows for creation of smaller networks. There are two versions available - a four pin or a six pin version. The figure given below illustrates both. 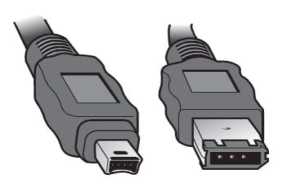 Universal Serial Bus (USB): USB ports are commonly used these days and can be found on both desktops as well as laptops. These are used to connect peripheral devices such as MP3 players, digital cameras with the network. Wireless Network cards can also be used as plug-ins into the USB port. The number of ports on a system varies from two to four. Hubs can also be used for additional ports. The figure below illustrates Type A and Type B ports the most common ones used these days. 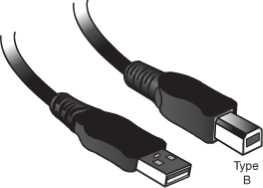