For network connectivity in a network you need a Network Interface Card (NIC) and cables.

A NIC is a physical interface card installed within a computer to allow a communication between connected devices, as shown in Figure 64. NICs must be used in both wired and wireless networks to connect computers. It is the interfaced between computers and cables. It prepares and sends data and also controls the flow of data. It also receives and translates data into bytes for the CPU to understand. NIC requires its proper device drivers in order to operate.

Cables are used to connect two or more devices on a network. There are many types of cables available these days. The twisted pair cable is the most commonly used cable. It is made up of pairs of wires twisted around each other. The two types of twisted pair cables are: 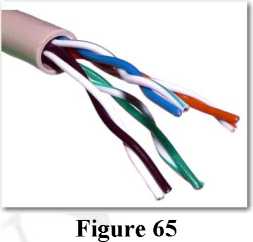 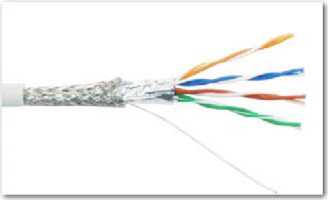 Fiber optic cabling is the most expensive type of cabling but it is an excellent medium but is not used most often because of its high implementation cost. It has a glass core inside with an outer coating of rubber. It uses beams of light rather than using electrical signals, as shown in Figure 67. To relay data this cabling can run for distances measured in kilometers with transmissions speed ranging from 100Mbps to1Gbps or higher. 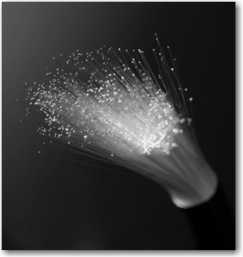 Plenum/PVC cables are used in plenum spaces that are used in a building for providing heating and air conditioning systems. It appears, as shown in Figure 67. Any other type of cable cannot be used in a plenum for a danger of fire. Plenum cable is fire-rated and need all necessary standards that make it perfect to be used in these locations.