Unlimited number of devices can be connected to your computer. The most common devices besides mouse and keyboard include: 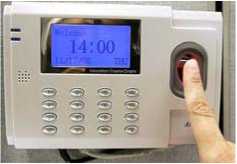 Most of these devices can be connected to the computer using Expansion slots. There are three types of expansion slots: ISA, PCI, and AGP.

Each of these types is different in their appearance and function. Some common types of connector used to connect the devices are: