This is the most common type of display device that is in use for many years, as shown in Figure 37: 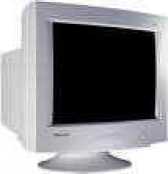 The CRTs are made of glass vacuum tubes. The screen of a CRT is covered with a fine layer of phosphorescent elements called phosphors, which emit light and create a lit-up dot called a pixel. The electron gun in a CRT emits a flow of electrons towards a screen horizontally, one line at a time, as shown in Figure 38. A synchronization (sync) signal brings the beam back to the top row of the display. The image is painted on the screen by the electron beam that scans from one side of the display to the other. The line-by-line scanning in CRTs is known as raster scan. 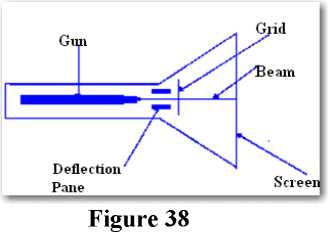 The CRTs can be of two types: interlaced and non-interlaced, as shown in Figure 39. In interlacing display technique the electron guns scans alternate rows with each pass. For example all odd lines on one pass and all even lines on the next pass. This enables a monitor to provide more resolution inexpensively. This is because the monitor has to refresh only half the lines at one time and can display twice as many lines per refresh cycle, giving a greater resolution. Normally, all the displays are interlaced to reduce flicker. In non-interlaced display technique, the scanning is done continuously from top to bottom.

The LCD monitors are thin and flat as compared to bulky and heavy CRT, as shown in Figure 40. The LCD uses LCD crystals, which are liquid chemicals that allow light to pass through themselves. The LCD crystals are aligned by passing electrical currents to them in different degrees to create the desired images and colors. Each pixel on an LCD monitor consists of three cells: red, green, and blue. 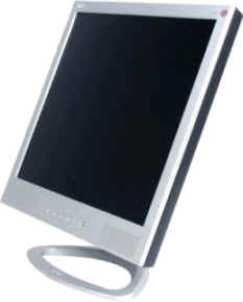 The LCDs can be of two types:

The projectors do not have their own screen, as shown in Figure 41. They use a wall or a curtain to display the output. They are useful when there are larger numbers of audiences in any boardroom or a conference room. The projectors can be of three types: LCD, DLP, and CRT 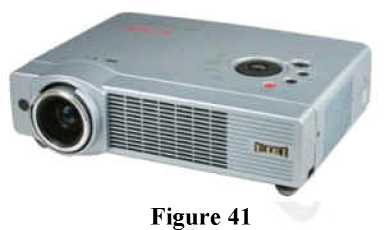 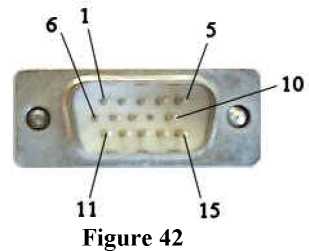 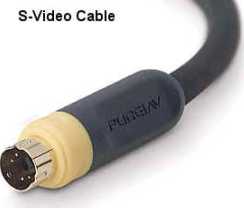 The settings of a display device can be adjusted for better display results. These settings are: