RAM (Random Access Memory) also known as the main memory is the working memory of the computer. As the name implies, it can be accessed randomly from any point without the need to access the preceding bytes. The CPU needs to read into RAM from the hard disk to work with the data. The RAM can be of different types. Such as: 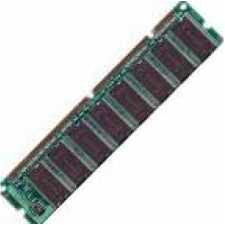 Chips can occupy one side (single sided) or both sides (dual sided) of the module. Double-sided RAM has two single-sided SIMM cards attached to the same PCB. However, only one of them can be seen at a time by the computer. To use the other half of the storage, the computer must switch to the second bank.

The parity modules thus decrease the information storage capacity of each chip as compared to non-parity RAM. The parity modules that are used for an advanced form of error detection and correction are called ECC on Pentium or later computers. The ECC and parity modules are however different even though they work in ECC mode. The biggest difference is that ECC memory does not work in plain parity and does not allow the extra bits to be accessed individually, which is required for parity operation.