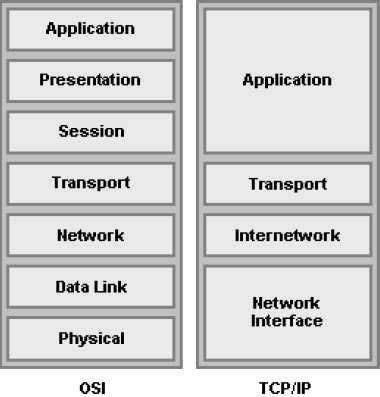 Note: TCP/IP's architecture does not have a Presentation Layer and a Session Layer. Therefore, the Application Layer protocols use the Transport Layer services directly.