A network is defined as a group of two or more computers linked together for the purpose of communicating and sharing information and other resources, such as printers and applications. Networks are constructed around a cable connection or a wireless connection that use radio wave or infrared signals that links the computers. For a network to function it must provide connections, communications, and services.

Of these network definitions, the most common are the Internet, the LAN and the WAN. 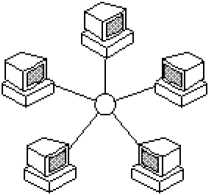 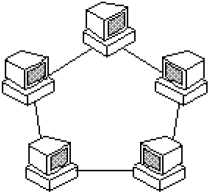 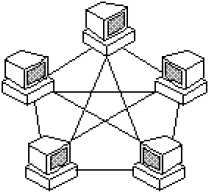 Switches use fast integrated circuits that reduce the latency common to bridges. Some switches have the capability to run in cut-through mode where the switch does not wait for the entire frame to enter its buffer; instead, it begins to forward the frame as soon as it finishes reading the destination MAC address. This increases the probability that error frames are propagated on the network because the frame is forwarded before the entire frame is buffered and checked for errors. Each port on a bridge or switch is a separate collision domain but all ports in a switch are in the same broadcast domain because bridges and switches do not control broadcasts. Instead they flood broadcasts out all ports.

Routers and Layer-3 switches, which operate in the network layer of the OSI model and make forwarding decisions based on network layer addresses, such as IP addresses. Routers define both collision and broadcast domains as each router interface is a separate broadcast domain that is defined by a separate subnetwork. Routers are protocol aware, which means that they are capable of forwarding packets of routable protocols such as IP, IPX, etc. Routers are configured to run routing protocols, such as Routing Information Protocol (RIP); Interior Gateway Routing Protocol (IGRP); Open shortest Path First (OSPF); Intermediate System-to-Intermediate System (IS-IS); Enhanced Interior Gateway Routing Protocol (EIGRP); and Border Gateway Protocol (BGP), to determine the best paths to a destination. Routers exchange information about destination networks and their interface status by using these routing protocols. Routers can also be configured manually with static routes.